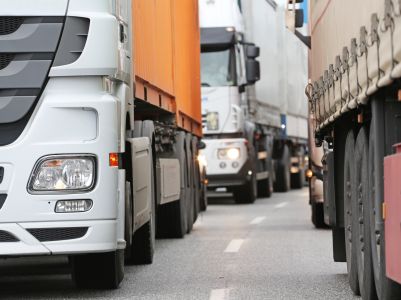 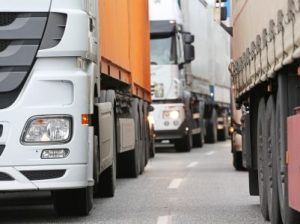 3.3 million tonnes of CO2, 704 tonnes of nitrogen oxides, and 251 tonnes of dust per year. This is the balance of two restrictions – the compulsory return of the vehicle to the member state of establishment and the application of cabotage quotas – dictated by the mobility package, which are due to be implemented in February of next year. The data comes from published research commissioned by the European Commission in order to evaluate the potential effects of the aforementioned changes.

On 19 February of this year, the European Commission presented the report indicating that the compulsory return of the vehicle to the member state of establishment every eight weeks would raise emissions of carbon dioxide in road transport by 4.6% in 2023.

It should be noted that the European Commission expressed concern that the two aforementioned aspects of changes in the effective regulations concerning transport within the European Union would fail to comply with the premises of the European Green Deal as early as during the negotiation stage of the mobility package. Regardless, the two provisions were not subject to evaluation of impact before the package was adopted, which is why the European Commission undertook to conduct an extensive analysis of their probable impact on the climate, environment, and consolidated market. The concluded research was conducted by independent consultants and shared with all stakeholders – member states and the European Parliament.

The results are clear and show that the compulsory return of the vehicle and the application of cabotage quotas will have a negative impact on CO2 emissions produced by transport and will not comply with the ambitions of the European Green Deal. In the presented scenario, the analysis of the compulsory return of the vehicle shows that it may lead to extra runs producing as much as 2.9 million tonnes of extra CO2 emissions in 2023. According to the study of cabotage quotas, the new regulation may produce an extra 397 000 tonnes of CO2 emissions and potential negative long-term effects on rail and intermodal goods carriers.

In comparison – with consideration of the results of both surveys – the two provisions could produce an extra 3.3 million tonnes of CO2 emissions annually, which is comparable with the annual transport emissions produced in Estonia.

The European Commission intends to use the data and research results to launch discussions with member states, the European Parliament, and all stakeholders concerning potential future activity with consideration of the objectives of Green deal, proper operation of the consolidated market, and the need to ensure high social standards and prosperity for drivers.

During our training courses and webinars we revealed aforementioned effects are under evaluation and encouraged everyone to take part in the survey. Our experts will continue to monitor the situation and report whether the extra CO2 emissions will lead to changes in the mobility package, the successive provisions of which are to take effect in February of next year.

vamtam-theme-circle-post
 Category
The biggest and most important business event for the TSL industry in Poland and Central...
Read More

This website uses cookies in order to ensure your efficient and safe used of the Service, for analytical purposes, as well as to personalize the marketing content about our products and services. By clicking “I accept and proceed to the Service” you consent to the use of all cookies. More information on possible cookie settings can be found in the Privacy Policy
I accept and proceed to the Service  Advanced settings
Manage consent

This website uses cookies to improve your experience while you navigate through the website. Out of these, the cookies that are categorized as necessary are stored on your browser as they are essential for the working of basic functionalities of the website. We also use third-party cookies that help us analyze and understand how you use this website. These cookies will be stored in your browser only with your consent. You also have the option to opt-out of these cookies. But opting out of some of these cookies may affect your browsing experience.
Strictly necessary cookies Always Enabled
Necessary cookies are absolutely essential for the website to function properly. These cookies ensure basic functionalities and security features of the website, anonymously.
Marketing cookies (third party)
“Marketing cookies (third party)” – allow us to present more personalized marketing content concerning our products and services as a part of other websites than the one managed by the Data Controller. In this regard Inelo uses Google solutions. Detailed information on how Google uses data from websites and apps using its services are available at https://policies.google.com/technologies/partner-sites
Marketing cookies (as a part of our Service)
“Marketing cookies (as a part of our Service)” – allow the collection of information about your interests, preferences, products you browse and/or buy within the Service. Such information let us present you with more personalized marketing content concerning our products – in the context of your actions within the Service.
Analytics cookies
“Analytics cookies” (of the independent company Google, Inc.) – analytics cookies collect information concerning the ways Users use the Service, type of a website Users were referred from, the number of visits by the Users and the length of visits. These cookies are used in preparing the Service use statistics. Disabling these cookies does not prevent you form using the Service. More information on how Google use cookies can be found at https://policies.google.com/technologies/cookies?hl=pl#how-google-uses-cookies.
SAVE & ACCEPT
Merry ChristmasThe first online conference for enforcement authorities organized by the Inelo Group, Corte and the European Commission