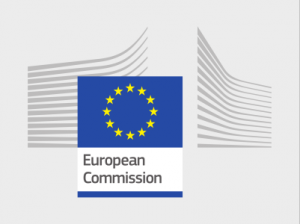 On 20 March, another meeting of the international confederation CORTE took place in Brussels, during which, among others, the system of automatic weighing of trucks and sealing of tachographs in vehicles was debated. Association members discussed projects of the European Commission, whose overriding goal is to reduce infringements and manipulations committed in the EU.

The March meeting of CORTE was convened on the initiative of the members of the Enforcement Working Group, a group working towards a unified enforcement system throughout the EU and beyond. The project the team is currently dealing with concerns the automatic weighing system for trucks. As the experts point out, excessive weight of the loaded vehicle is one of the most serious infringements committed by transport companies, which may even result in revoking of the transport license. In Poland, the penalty imposed on the entrepreneur for overloading the vehicle is between PLN 500 and PLN 15 000.

‘The European Commission is working on a project to implement a system for automatic weighing of trucks. According to preliminary findings, these measurements would be made using sensors mounted at the axles of the truck, and then these results would be recorded in the tachograph. The Commission’s work in this area is important because it can reduce the problem of overloaded vehicles all over Europe. Data by Road and Bridge Research Institute shows that even every third truck on Polish roads weighs more than the prescribed standard’ says Piotr Żółty from INELO, a member of CORTE.

Another subject addressed by the European Commission to eliminate unfair driving practices is sealing of the tachograph systems in vehicles. Currently, only the motion sensor and tachograph are protected, not the cabling of the system. There is also a lot of doubt about the lack of uniform guidelines regarding the sealing process itself, which may vary  depending on the type and brand of the vehicle.

‘The preliminary plans of the European Commission are that the design of a new, uniform system of sealing should be timed to coincide with the obligation to mount intelligent tachographs in trucks. It is an initiative aimed at improving the work of enforcement authorities across Europe and to make the possible infringements on the part of drivers more difficult. According to data provided by a representative of the Danish police, the number of detected manipulations associated with tachographs is constantly increasing and last year there were more than twice as many of them as in 2015′ adds Piotr Żółty.

An important change in the field of tachographs and their replacement or repair may also be the guideline, which the European Commission has been working on for two years. Since October 2012, transport companies have the obligation to install the latest generation of motion sensors in tachographs. However, the situations in which only the motion sensor is damaged prove problematic. The regulation does not specifically address the issue of whether the component can be replaced by the same model when it is being repaired or whether it must be replaced with a newer version.

‘The practice varies depending on the interpretation of the regulations by car workshops. In extreme cases, penalties of up to several hundred euros were imposed on carriers controlled by the French traffic inspectorate. However, the European Commission has determined that when replacing only the component, not the whole tachograph, the status applicable at the first registration of the vehicle will apply. If an older generation sensor was installed in the vehicle at that time, it can be used again during any possible repair’ Żółty explains.

The European Commission guideline will apply automatically upon its publication. According to the preliminary plans of the authority, this will take place by the middle of this year.

This website uses cookies to improve your experience while you navigate through the website. Out of these, the cookies that are categorized as necessary are stored on your browser as they are essential for the working of basic functionalities of the website. We also use third-party cookies that help us analyze and understand how you use this website. These cookies will be stored in your browser only with your consent. You also have the option to opt-out of these cookies. But opting out of some of these cookies may affect your browsing experience.
Strictly necessary cookies Always Enabled
Necessary cookies are absolutely essential for the website to function properly. These cookies ensure basic functionalities and security features of the website, anonymously.
Marketing cookies (third party)
“Marketing cookies (third party)” – allow us to present more personalized marketing content concerning our products and services as a part of other websites than the one managed by the Data Controller. In this regard Inelo uses Google solutions. Detailed information on how Google uses data from websites and apps using its services are available at https://policies.google.com/technologies/partner-sites
Marketing cookies (as a part of our Service)
“Marketing cookies (as a part of our Service)” – allow the collection of information about your interests, preferences, products you browse and/or buy within the Service. Such information let us present you with more personalized marketing content concerning our products – in the context of your actions within the Service.
Analytics cookies
“Analytics cookies” (of the independent company Google, Inc.) – analytics cookies collect information concerning the ways Users use the Service, type of a website Users were referred from, the number of visits by the Users and the length of visits. These cookies are used in preparing the Service use statistics. Disabling these cookies does not prevent you form using the Service. More information on how Google use cookies can be found at https://policies.google.com/technologies/cookies?hl=pl#how-google-uses-cookies.
SAVE & ACCEPT
INELO is looking for partners in foreign markets – find out if we are looking for a representative in your countryHappy Easter!