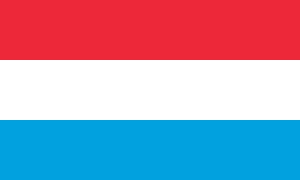 As of 24 January 2018, Luxembourg temporarily suspended the provisions on the minimum wage for employees posted in road transport of goods and passengers.

Due to discussions ongoing in the European Commission on the deployment of drivers in the road transport sector, as well as doubts about the scope of application of the rules in the context of international transport, Luxembourg temporarily suspended the requirements concerning minimum wage regulations for all cross-border transport and cabotage operations.

On 24 January 2018, the Luxembourg Labour and Mines Inspectorate, on its website at www.itm.lu,  published a message on temporary exclusion from the scope of application of regulations the international transport operations with the loading and unloading in the territory of Luxembourg as well as cabotage operations:

The validity of these provisions has been temporarily suspended for the transport of goods and passengers by the time the talks on the European Commission’s proposal concerning a directive defining the detailed principles of posting of drivers in the road transport sector at European level are completed.

Luxembourg plans to exclude the validity of provisions on road transport posting until specific regulations in this respect are transposed into national law.

The information comes from a communication of the Luxembourg Labour and Mines Inspectorate published on the website: www.itm.lu

This website uses cookies to improve your experience while you navigate through the website. Out of these, the cookies that are categorized as necessary are stored on your browser as they are essential for the working of basic functionalities of the website. We also use third-party cookies that help us analyze and understand how you use this website. These cookies will be stored in your browser only with your consent. You also have the option to opt-out of these cookies. But opting out of some of these cookies may affect your browsing experience.
Strictly necessary cookies Always Enabled
Necessary cookies are absolutely essential for the website to function properly. These cookies ensure basic functionalities and security features of the website, anonymously.
Marketing cookies (third party)
“Marketing cookies (third party)” – allow us to present more personalized marketing content concerning our products and services as a part of other websites than the one managed by the Data Controller. In this regard Inelo uses Google solutions. Detailed information on how Google uses data from websites and apps using its services are available at https://policies.google.com/technologies/partner-sites
Marketing cookies (as a part of our Service)
“Marketing cookies (as a part of our Service)” – allow the collection of information about your interests, preferences, products you browse and/or buy within the Service. Such information let us present you with more personalized marketing content concerning our products – in the context of your actions within the Service.
Analytics cookies
“Analytics cookies” (of the independent company Google, Inc.) – analytics cookies collect information concerning the ways Users use the Service, type of a website Users were referred from, the number of visits by the Users and the length of visits. These cookies are used in preparing the Service use statistics. Disabling these cookies does not prevent you form using the Service. More information on how Google use cookies can be found at https://policies.google.com/technologies/cookies?hl=pl#how-google-uses-cookies.
SAVE & ACCEPT
33rd European Authority among INELO clients.Austria – change in the minimum wage rates since the beginning of the year