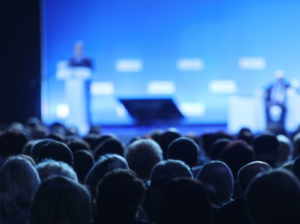 On 21 November, another meeting of the Tachograph Forum was held, organized by the European Commission, with the objective of discussing the technical matters of digital tachographs. Inelo representatives attended the meeting, and were actively engaged in the debate regarding the second-generation smart tachographs, which will appear next year.

Participants of the seventh edition of the Tachograph Forum included the experts in this field, such as JRC (Joint Research Centre), the research center of the European Commission, and representatives of: European countries ministries, road transport inspections, police, manufacturers of tachographs, software and trucks, as well as representatives of associations of drivers and transport companies. The meeting focused on the replacement of current smart tachographs with their new version, which is part of the European Union policy based on heavy transport digitization.

What does the future hold for first-generation tachographs?

One thing is certain – the fate of the first-generation of tachographs is sealed and carriers must prepare to replace them with more modern devices. Switching to version 2 of second-generation smart tachographs has already been meticulously planned:

The most important changes that will be implemented in the next version of smart tachographs are as follows:

As you can see, the majority of listed modifications are meant to directly affect the speed and, most importantly, the effectiveness of the control in terms of possible manipulations.

We would like to remind you that with the second-generation tachographs, a pre-selection system will be developed, based on DSRC technology and devices which allow to remotely read the most important parameters from smart tachographs in trucks without the need to stop them while driving. The data retrieved from the new tachograph will indicate to the inspector whether the continuous, daily, weekly and fortnightly driving time has been exceeded, as well as whether any disturbances have occurred in recording the vehicle’s position. Inspectors will thereby be even more certain when it comes to the need of stopping a specific vehicle. It should be noted that European road authorities have been testing DSRC technology in practice for some time, checking and using a device from the INELO Group. 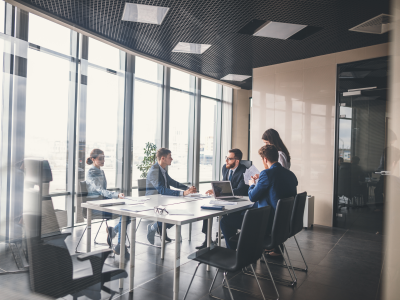 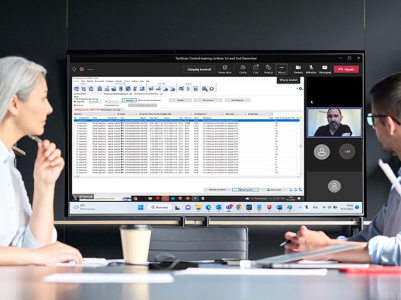 vamtam-theme-circle-post
 Category
After the Finnish Police got equipped with Tachoscan Control software and the DSRC antenna, our...
Read More 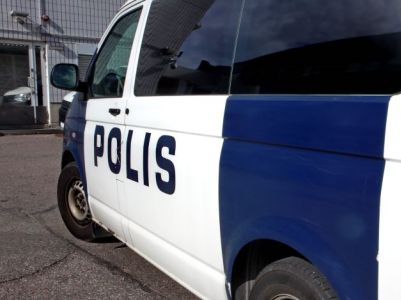 vamtam-theme-circle-post
 Category
The Inelo Group signed a solutions delivery contract with the Finnish police. As part of...
Read More

vamtam-theme-circle-post
 Category
The European Commission has published new guidelines, withdrawing the mandatory return of trailers to base...
Read More

vamtam-theme-circle-post
 Category
We are pleased to inform you that since 1st of February 2022 CVS Mobile has...
Read More

This website uses cookies in order to ensure your efficient and safe used of the Service, for analytical purposes, as well as to personalize the marketing content about our products and services. By clicking “I accept and proceed to the Service” you consent to the use of all cookies. More information on possible cookie settings can be found in the Privacy Policy
I accept and proceed to the Service  Advanced settings
Manage consent

This website uses cookies to improve your experience while you navigate through the website. Out of these, the cookies that are categorized as necessary are stored on your browser as they are essential for the working of basic functionalities of the website. We also use third-party cookies that help us analyze and understand how you use this website. These cookies will be stored in your browser only with your consent. You also have the option to opt-out of these cookies. But opting out of some of these cookies may affect your browsing experience.
Strictly necessary cookies Always Enabled
Necessary cookies are absolutely essential for the website to function properly. These cookies ensure basic functionalities and security features of the website, anonymously.
Marketing cookies (third party)
“Marketing cookies (third party)” – allow us to present more personalized marketing content concerning our products and services as a part of other websites than the one managed by the Data Controller. In this regard Inelo uses Google solutions. Detailed information on how Google uses data from websites and apps using its services are available at https://policies.google.com/technologies/partner-sites
Marketing cookies (as a part of our Service)
“Marketing cookies (as a part of our Service)” – allow the collection of information about your interests, preferences, products you browse and/or buy within the Service. Such information let us present you with more personalized marketing content concerning our products – in the context of your actions within the Service.
Analytics cookies
“Analytics cookies” (of the independent company Google, Inc.) – analytics cookies collect information concerning the ways Users use the Service, type of a website Users were referred from, the number of visits by the Users and the length of visits. These cookies are used in preparing the Service use statistics. Disabling these cookies does not prevent you form using the Service. More information on how Google use cookies can be found at https://policies.google.com/technologies/cookies?hl=pl#how-google-uses-cookies.
SAVE & ACCEPT
Eurowag is investing in the Inelo Group and expanding its presence on the markets of Central and Eastern EuropeMerry Christmas