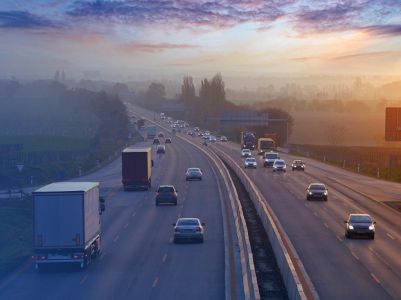 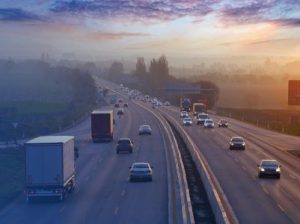 During the pandemic, in an attempt to help transport companies and their drivers, most EU countries took steps to liberalize their approach to the rules governing drivers' working time. Based on EU legislation, in urgent cases, Member States may allow temporary derogations for a period not exceeding 30 days.

However, this form of introducing exceptions to general provisions may cause difficulties in their application. This is caused by the fact that the derogations apply to selected groups of drivers or types of transport only, and are also territorially applicable (e.g. in Poland only domestic derogations apply). In addition, changes in the application of Regulation (EC) 561/2006 vary in duration and working time details, as a result of which some countries allow shorter rest periods, while others extend the driving time.

The question also arises, how will enforcement authorities from other countries behave in the event of deviations from the standards of another country?

In this case, if the general norm is exceeded in the country where the derogation is applied, other EU countries cannot impose a penalty for the infringement. Thus, when a driver in Poland violated the general norm, e.g. of driving time, but managed to "fit in" the implemented derogation, he or she will not be punished for the infringement during controls in other EU countries. However, the norm may not be exceeded outside Poland, unless individual EU countries also introduce the indicated exceptions to the general provisions.

To assure the safety of traffic participants, Inelo Group experts recommend adhering to the previous regulations, but in a situation when using the derogation allowed in a given country is necessary, each such case should be described on the tachograph printout. This helps drivers avoid problems during subsequent checks. It is worth adding in the description that the driver uses the exception introduced for the duration of the pandemic, as well as to provide employees with the "table of exceptions" applicable in individual EU countries, prepared by Inelo Group experts.

This website uses cookies to improve your experience while you navigate through the website. Out of these, the cookies that are categorized as necessary are stored on your browser as they are essential for the working of basic functionalities of the website. We also use third-party cookies that help us analyze and understand how you use this website. These cookies will be stored in your browser only with your consent. You also have the option to opt-out of these cookies. But opting out of some of these cookies may affect your browsing experience.
Strictly necessary cookies Always Enabled
Necessary cookies are absolutely essential for the website to function properly. These cookies ensure basic functionalities and security features of the website, anonymously.
Marketing cookies (third party)
“Marketing cookies (third party)” – allow us to present more personalized marketing content concerning our products and services as a part of other websites than the one managed by the Data Controller. In this regard Inelo uses Google solutions. Detailed information on how Google uses data from websites and apps using its services are available at https://policies.google.com/technologies/partner-sites
Marketing cookies (as a part of our Service)
“Marketing cookies (as a part of our Service)” – allow the collection of information about your interests, preferences, products you browse and/or buy within the Service. Such information let us present you with more personalized marketing content concerning our products – in the context of your actions within the Service.
Analytics cookies
“Analytics cookies” (of the independent company Google, Inc.) – analytics cookies collect information concerning the ways Users use the Service, type of a website Users were referred from, the number of visits by the Users and the length of visits. These cookies are used in preparing the Service use statistics. Disabling these cookies does not prevent you form using the Service. More information on how Google use cookies can be found at https://policies.google.com/technologies/cookies?hl=pl#how-google-uses-cookies.
SAVE & ACCEPT
COVID-19 coronavirus statementGermany – exclusions from periodic restrictions on the movement of certain vehicles