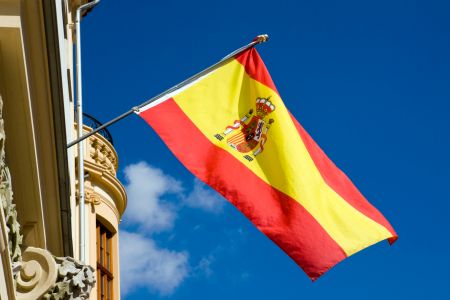 Most likely from 1 July 2018 also in Spain drivers will receive penalties for taking a regular weekly rest period in the cabin.

Amendment to the ROTT Regulation

The additional regulation is a consequence of the judgement by the Court of Justice of the European Union of 20 December 2017. The CJEU issued then a ruling prohibiting taking of regular weekly rest periods in the cabin of the vehicle. The Court also obliged the Member States to take measures to ensure compliance with the European legislation, by applying appropriate sanctions. Until now, the penalties have been officially introduced by Belgium, France, the United Kingdom, the Netherlands and Germany, joined also by Italy in May.

The new regulations – since when?

Fenadismer, the Spanish federation of transport associations, asked the government to introduce the regulation immediately. In the statement, the Ministry of Development confirmed the creation of appropriate provisions in the draft amendment of the executive regulation to the land transport legislation. They are initially scheduled to come into force on 1 July 2018, when they will be published in the Spanish official journal BOE (Boletín Oficial del Estado). It is possible, however, that their implementation may be postponed even until  the beginning of the next year.

This website uses cookies to improve your experience while you navigate through the website. Out of these, the cookies that are categorized as necessary are stored on your browser as they are essential for the working of basic functionalities of the website. We also use third-party cookies that help us analyze and understand how you use this website. These cookies will be stored in your browser only with your consent. You also have the option to opt-out of these cookies. But opting out of some of these cookies may affect your browsing experience.
Necessary Always Enabled
Necessary cookies are absolutely essential for the website to function properly. These cookies ensure basic functionalities and security features of the website, anonymously.
Functional
Functional cookies help to perform certain functionalities like sharing the content of the website on social media platforms, collect feedbacks, and other third-party features.
Performance
Performance cookies are used to understand and analyze the key performance indexes of the website which helps in delivering a better user experience for the visitors.
Analytics
Analytical cookies are used to understand how visitors interact with the website. These cookies help provide information on metrics the number of visitors, bounce rate, traffic source, etc.
Advertisement
Advertisement cookies are used to provide visitors with relevant ads and marketing campaigns. These cookies track visitors across websites and collect information to provide customized ads.
Others
Other uncategorized cookies are those that are being analyzed and have not been classified into a category as yet.
SAVE & ACCEPT
Mobility package and smart tachographs – remarks by CORTENATIONAL LABOUR INSPECTORATE (PIP) REPORT FROM THE INSPECTION OF TRANSPORT COMPANIES